Out of the rabbit hole…

But seriously, where have I been and what have I been doing after seemingly having dropped off the face off the planet? I just received a billing notice from WordPress suggesting that if I wanted to keep my site and everything on it, why then I’d better pony up the cash to renew my site and domain….it struck me because it has crossed my mind. The renewal and when I was going to get my money’s worth by using my blog….sooo…here I am.

Well for one thing I had been working on a large commission project for the new Seneca  Art and Culture Center in Victor N.Y. Victor is just outside of Rochester and is home to Ganondagan State Historic Site, a site devoted to Seneca people sharing and preserving  their culture and history.

Going on about two years ago I was approached by Michael Galban, an historical specialist for Ganondagan, about my doing a life-sized portrait of a 17th century warrior. My model, Craig Reuben is a Seneca actor and historical re-enactor from western New York.

Graig’s a wonderful guy and fit the period perfectly with his lean muscularly defined physique. They day we shot the photo references, he ran barefoot up and down the hills of the Ganondagan property. It was all I could do to keep up with him. Later that late August 2014 day, he jokingly said to me, “I hope you’re going to do me justice.” I assured him I most certainly would do my best.

After submitting a number of thumbnails and  this was approved for work-up into a final compositional drawing. This was done to scale so it was simply a matter of having the image blown up to a life-sized ‘cartoon’. Cost me only $5 bucks at a Montreal shop which specializes in blueprint production.

This I simply chalked with red earth PanPastel and it worked as a transfer sheet. Incase people are wondering the white stuff around the subject’s ears are eagle down fluffs worn on the ears as an adornment. Michael Galban explained to me the rationale for the ceramic trade pipe being smoked upside down…I just can’t recall the reason but I believe it was something along the lines of the embers not being easy to spot by enemies 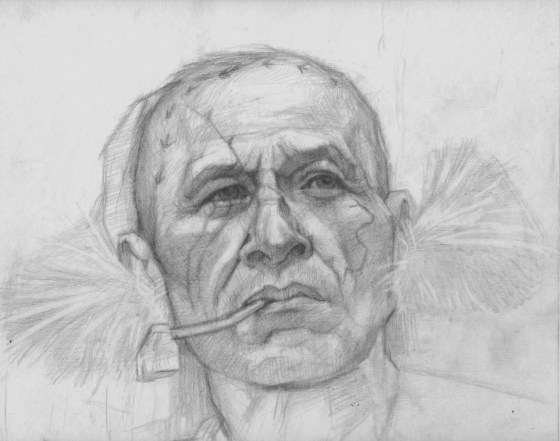 Before doing the drawings above I did another for what was one of the other two compositional selections: 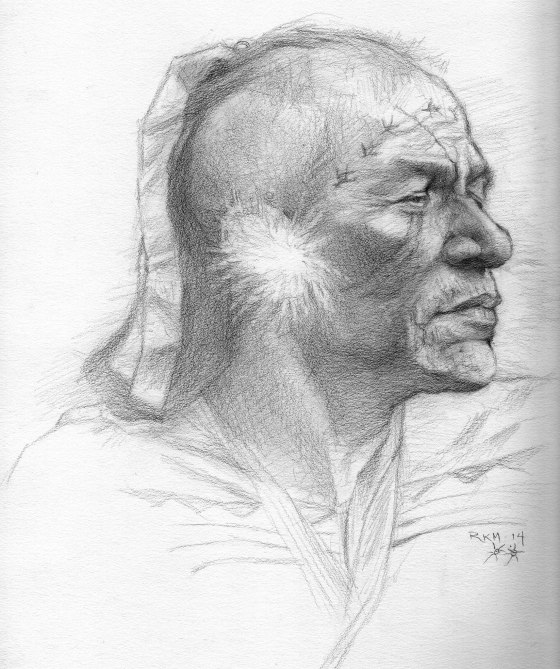 I have to say that this project was both an honour and a wonderful challenge which I am thankful to have been a part of. I would encourage anyone visiting the Rochester, N.Y. to visit the  Seneca Art & Culture Center at Ganondagan. http://www.ganondagan.org/sacc 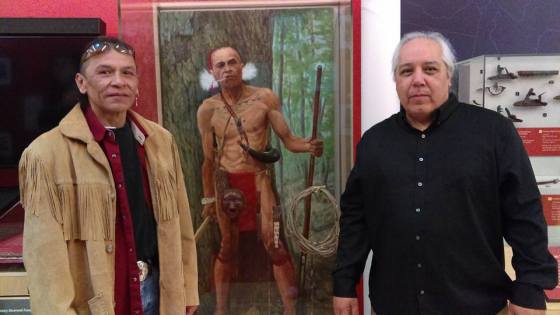 3 thoughts on “Where oh where have I been?” 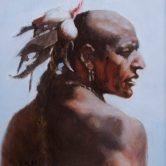 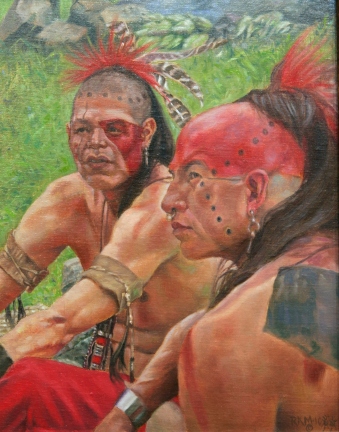 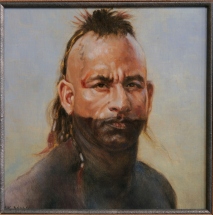 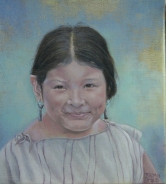 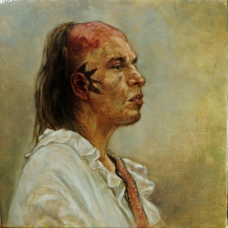 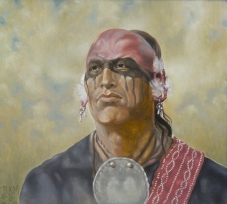 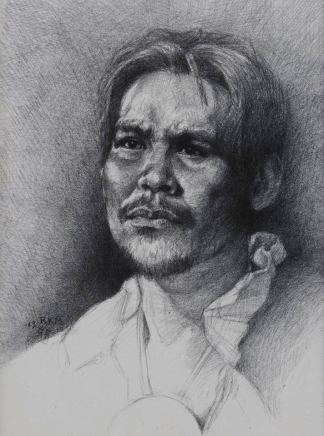 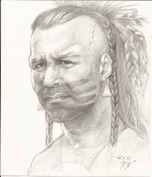 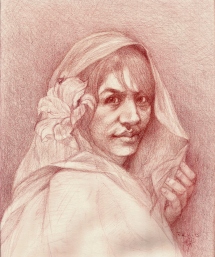 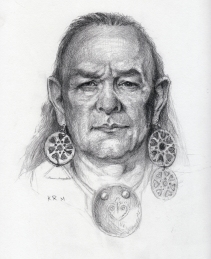 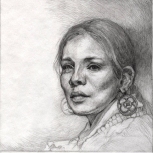